As many have heard the term "New Age" ,we are living in a time of many people being interested in astrology, yoga, meditations, metaphysical meanings, crystals, smudging and higher consciousness. There is nothing new of these concepts as they are actually ancient but many are awakening to the truth of these teachings. Just like the ancient ceremony of Sage Smudging, a personal favorite Ritual. Sage is a sacred herb used for centuries in purifying sacred spaces, releasing negative energies and spirits.The Native Americans burned Sage in ceremonies for releasing Spirit to the Sky. In Ancient Egyptian times high priestesses and priests would burn Sage in sacred temples, during worship,and performing magic rituals. Sage not only removes negative energies but also purifies the air and removes bacteria from it. Smudging is also important in keeping your vibrations high and clear, especially while meditating and performing Rituals. Creating a sacred space to connect with source energy and your higher self can be achieved through smudging rituals, meditations and deep healing. Smudging a new home is also important, especially once inhabiting a new space. There are some different ways to Smudge, which can be a full blown Ritual which is always fun or a daily quick cleansing.

Sage can be burned by smudging which is the most common way, with a smudge stick. (We have Beautiful hand crafted ones here at www.theritualstore.com). You can start by meditating, lighting some candles, listening to beautiful meditation music, then lighting the Smudge.Blow out the flame and allow the sacred white smoke to purify all areas by going from corner to corner of rooms and all the way around the whole space. It's important to say your healing affirmations of cleansing, protection, love and light. Also to use an Abalone shell or smudging bowl to catch the ashes. Open windows to let the smoke clear out as it's releasing the residual energy. If you want a simple day to day cleansing you can burn loose leaves Sage or herbal Incense blends in a incense Burner in the morning to start your day, at night before bed. Can also be burned before rituals, spells or manifestations. Don't like smoke? No problem, Sage spray is just as effective, just like our Moon Mist in CLEANSE which is a Crystal charged Sage Infused Spray. This is perfect for clearing energy from a room,person, place ,altar, yoga mat, crystals or even your car. It's easy to use and carry in a bag, mist when an Auric cleanse is needed. Using sage in a Ritual bath for cleansing is amazing too for a body healing cleansing ritual . Inspired to Heal, Ritual Smudges are perfect for cleansing and to Invoke those love light vibrations. HEAL, LOVE, INVOKE!!

RITUALS TO RAISE YOUR VIBRATION

THE EGO VS THE HIGHER SELF

CRYSTALS FOR SELF LOVE

The State of Resistance: the opposite of Alignment

The Law of Vibration 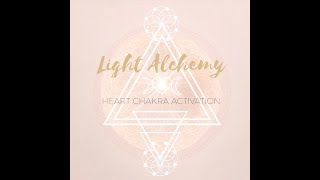